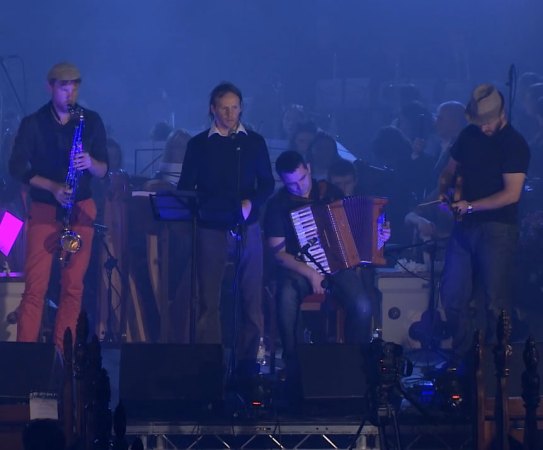 Deep End of the Ford

Deep End of the Ford combine four of the most progressive avant-garde talents in improvised and folk music with the spoken word of Celtic prehistory to ‘create a seemingly ancient sound out of instrumentation that is anything but ancient’. They conjure massively dynamic soundscapes that shift from peaceful melody to turbulent invocations of sorcery and battle.

Possibly their most unique and exciting feature is their use of the earliest text of An Táin (8th century AD), to explode a mythological epic, which was formed in the 3rd century BC, on the modern senses.

Since their critically acclaimed retelling of An Táin, the band have composed From Derry to the Sea using texts from St. Colmcille to open the 54th Fleadh Cheoil na hÉireann in Derry, and The Battle of Clontarf for The Temple Bar Trad Festival, to celebrate its millennial anniversary. Both of these concerts concluded with the inclusion of orchestra and choir featuring arrangements written by Martin.