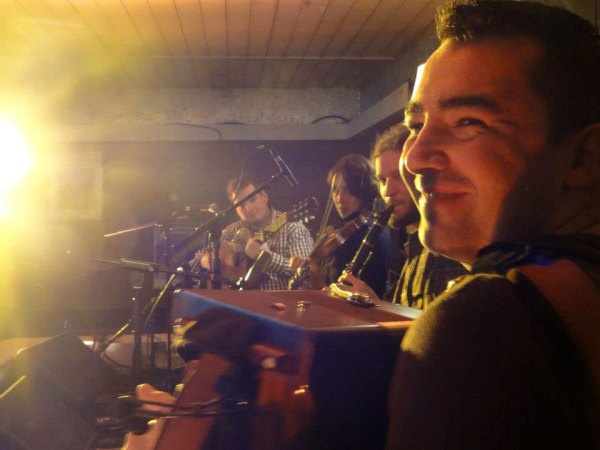 Ebony Bridge are the resulting of a request in 2012 by the Clarinette Populaire festival in Glomel for the clarinetist Dylan Gully to assemble a band that would integrate his instrument with Irish traditional music. While the brief was to look to both traditions, the result was a sound that ended up occupying a microcosm all of its own. Within the first two days, Martin composed five new tunes, while compositions from fiddler Stella Rodrigues and guitarist Matt Griffin seeped out of the woodwork shortly thereafter. Interspersed with lesser-known specimens from the traditional repertoire, a set developed that is mellow, melodic and rustic, mirroring the rural Breton castle south of Glomel in which it was created.

Their new album is due for release in late 2014.